Possession of a Stolen Vehicle 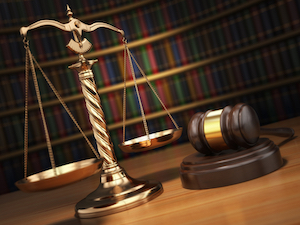 The felony criminal charge involving allegations of possession of a stolen vehicle does not necessarily mean you are also accused of breaking into a car (or other type of vehicle) and actually stealing it.

While potentially related to larceny and other theft charges including Breaking, Entering,and Larceny, possession of stolen goods and stolen vehicle charges are a separate criminal offense.

Most often we see possession charges in one or two different circumstances.

Sometimes a client fails to return a car in a timely fashion and the owner reports it as stolen.

There are instances when people rent a car and don’t return it or someone “borrows” the vehicle, knowing it is stolen.

What Happens if I Knew the Vehicle Was Stolen?

Intent, the “evil mind” behind many crimes in North Carolina, if often a key element of the offense.

The State, through the prosecutor assigned to the matter, is required to prove the accused had the intent to do something and that what led up to the charges was not due to an accident or mistake.

It doesn’t necessarily matter if it involves allegations of a felony or misdemeanor charge, intent is something criminal lawyers carefully consider in reviewing a case.

That is particularly true for matters involving what defense attorneys refer to as “crimes of theft,” “crimes of dishonesty,” and “crimes of moral turpitude.”

Possession of stolen goods cases, including possession of a stolen vehicle, are generally considered crimes of theft. So are larceny, grand theft, and even robbery.

In those types of cases, the “intent” may not necessarily be to the level that you intended to steal or take something.

Instead, the “evil mind” aspect of intent involves being caught in possession (or accused of possessing a stolen item), knowing it was stolen.

There is an aspect of reasonableness associated with possession charges.

You may not need to be in actual physical possession of stolen items.

The State may be able to prove possession of a stolen vehicle, arguing the facts and circumstances of the allegations. You don’t have to be inside the vehicle.

The Finder of Fact, whether it be a judge or judge, can take into considerable direct evidence and circumstantial evidence, if admissible at trial.

"The NC Criminal Laws consider whether you knew or reasonably should have known the vehicle or stolen goods were in fact stolen."

What Should I Do if I’m Accused?

First and foremost, ask for a lawyer.

Do not participate in the investigation.

Don’t answer questions or try to provide an explanation to police.

Not every case of possession of stolen vehicle charges requires you to be inside the car.

When is a Charge a Felony?

By asking questions, law enforcement are often looking for evidence against you, trying to find a way to prove you committed a criminal offense.

You have legal rights.

Some of the most important Constitutional rights involve the Right to Remain Silent and the Right to an Attorney.

"Do not assume just because you’re talking to police they’re required to give you Miranda Warnings. The 5th Amendment does have limitations."

The fact you refused to give a statement or cooperate in a criminal investigation cannot be used as evidence against you.

Contrary to what you may have been told, the Judge won’t be mad or go harder on you because you exercised your Constitutional Rights.

And while it’s well within your rights to remain silent, lawyer up, and refuse to answer questions, it is illegal to provide untruthful information to police.

It’s one thing to remain silent, it’s another to interfere with an investigation by lying.

Can I Get My Record Cleared?

That could result in obstruction charges.

As defense lawyers we think the best thing to do, whether you are arrested or are a subject of a criminal investigation or alleged to have committed a crime is this: Lawyer Up!

Whether you are under investigation, sought for questioning, or have been formally charged, we think it’s smart to retain an attorney immediately.

"The sooner a defense attorney gets involved, the better. Detectives, investigators, and other law enforcement are very good at their jobs."

The information you provide to our defense team is confidential. That means what you tell us remains a secret and is protected from disclosure.