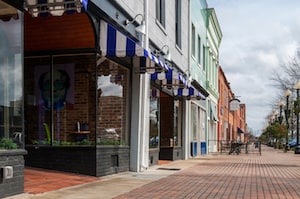 Defense lawyers in Fayetteville are often asked, “Is my case a felony or misdemeanor charge?”

Most people understand the severity of felony allegations and the consequences of a conviction, including possible prison time.

"What some fail to recognize that while misdemeanor charges in North Carolina are in some ways less serious, even a wrongful accusation and arrest can carry bigtime consequences"

What Type of Misdemeanor Charge is It?

Pursuant to the NC Criminal Laws, there are two general different types of criminal charges in NC (felony and misdemeanor).

It’s important to understand, some crimes come from the “Common Law” that came to us from Great Britain when North Carolina was a colony, and other criminal offenses are defined by statute.

Traditionally, felony charges were defined as offenses that could be punished by more than a year in prison.

As such, misdemeanor charges were those that, if convicted, could result in a prison term of one year or less.

That is no Longer the Case in North Carolina

Most all criminal charges are now defined and otherwise addressed in the North Carolina General Statutes.

** It is important to note there are important similarities and differences between Federal Criminal charges and those offenses defined and enforced by the State of North Carolina as “state charges.” If you have pending Federal criminal charges, violations of the United States Code, our criminal defense lawyers are available for consultation.

What’s the Difference Between DWI and DUI?

Both felony and misdemeanor charges in NC are therefore subject to the criminal laws as set forth in the General Statutes and something defense lawyers may refer to as “structured sentencing.”

A similar, but different sentencing structure is set for misdemeanor charges in North Carolina.

Sentencing for crimes (either if convicted after a trial or by guilty plea) is somewhat complicated and confusing.

While DWI charges are ordinarily punished as a misdemeanor, convictions are determined by yet another sentencing protocol / process in North Carolina.

Habitual DWI is one such example, where the charge itself is a misdemeanor but with multiple convictions of “drunk driving” the offender may be subject to indictment for Felony Impaired Driving (Habitual DWI / DUI).

Types of Misdemeanors in North Carolina

Misdemeanors are broken into “classes” of offenses and are related to the severity of the charge and potential for possible injury or harm.

Class A1 misdemeanors are the highest class level and may be referred to as “Aggravated” or “A1) charges because the bases of the allegations are particularly serious, dangerous, or aggravated.

After Class A1, there are Class 1, Class 2, and Class 3 misdemeanor charges in North Carolina.

Should I Hire a Lawyer for a Misdemeanor?

Because you have a right to a Trial by Jury (under the Constitution), people accused of crimes in North Carolina are entitled to a Trial De Novo (new trial) in Superior Court with a jury.

The State may also seek a Presentment and Indictment by the Grand Jury, removing misdemeanor charges from the jurisdiction of District Court, thereby bypassing that ordinarily process in criminal court.

"It frankly can be a bit complicated at times. That’s one reason we really think you should hire a lawyer"

Defense attorneys help explain your legal rights, how the legal system works, and your legal options.

We help people with misdemeanor and felony charges in North Carolina. We also provide legal advice for Federal charges and violations of the USC – United States Code.

Contact our offices in Fayetteville, Raeford or Pinehurst, North Carolina, right away if you have been charged with a Federal or State misdemeanor such as:

Misdemeanors in North Carolina are divided into four separate categories, each with its own punishment potential.

With the exception of DWIs, the maximum punishment under the law for a misdemeanor is 150 days imprisonment in the local detention facility. Having an experienced criminal defense attorney may mean the difference between going to jail and going home with your family.

It may come as a surprise to some people that certain traffic offenses may be classified as a misdemeanor, such as Driving While License Revoked Impaired Revocation, Speed Competition, and Reckless Driving.

Contact our offices in Fayetteville, Raeford or Pinehurst, North Carolina, to discuss the charges against you.

When results matter, we are just a phone call away.