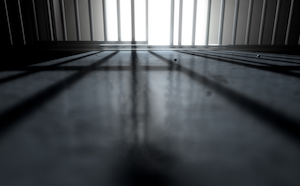 Defense lawyers in Fayetteville may refer to Breaking and Entering as “B and E” or “B&E.”

As a crime of “moral turpitude,” “theft,” or “dishonesty,” the consequences of a conviction or facing criminal allegations can cause problems.

Few employers, landlords, or even friends and family wish to associate with someone labeled a “thief.”

"If you face charges related to burglary, larceny, or breaking and entering, we strongly recommend you seek legal counsel immediately."

What is Breaking and Entering?

B & E charges in North Carolina are technically referred to as “Breaking” OR “Entering.”

You may be convicted of the offense if you break into something like a building, home, garage, storage shed, etc.

What is Felony Larceny?

That does not necessarily translate into actually entering the building, dwelling, house, or even a storage shed or garage.

The elements of the crime include when a person:

Felony breaking or entering in NC is a serious criminal charge. It is deemed a Class H Felony for sentencing purposes.

It is also considered a specific intent crime. That means you have to intend to do something illegal. As such, accidents and mistakes of fact may serve as a defense to charges.

If convicted, you can face a maximum punishment under the law of 39 months in prison (North Carolina Department of Adult Corrections or “DAC”).

Whether you get an active term of incarceration is requires a Sentencing Hearing, in which the Court (the sentencing Judge) reviews your Prior Record Level or “PRL.”

Do I Need a Lawyer for a Misdemeanor? 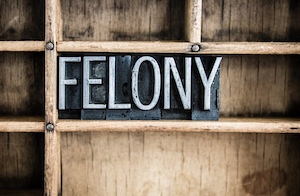 If part of a guilty plea, the Court often hears a Factual Basis or Factual Recitation made by the Assistant District Attorney.

A Factual Basis for a plea is required.

The Court also makes a determination, as part of the Transcript of Plea and among other things, the person accused of a crime fully understands what they are doing, that they are satisfied with their criminal lawyer (if they have one), and that the entry of plea is voluntary.

It’s important to note you do not necessarily have to intend to steal something. A larceny may be a component of Breaking and Entering.

There are other unlawful purposes that may fulfil the “intent requirement” of B & E charges in NC.

For example, breaking into a building with the intent to “terrorize” someone or to injure an inhabitant (someone inside the building) may qualify as a felony criminal charge.

Is Breaking and Entering a Felony in North Carolina?

If the person accused of the crime, the defendant, breaks into and enters a building without permission that may be a less serious offense under NCGS 14-54.

Can Bonds Be Lowered?

In those instances, breaking or entering may be a misdemeanor criminal charge instead of a felony.

As such, there is the opportunity to be accused with either a felony or misdemeanor charge, depending on the fact-pattern at hand.

"Each case is different, just like each client is different. Breaking into a building is serious, whether it’s for a misdemeanor or a felony."

Misdemeanor Breaking and Entering is a Class 1 misdemeanor. Sentencing for misdemeanor charges in North Carolina differs than felony charges.

Misdemeanor sentencing considers your Prior Record Level. The process of calculating the PRL is different, with only PRL I, II, and III being options.

Felony sentencing, consistent with the “Sentencing Grid” or “Sentencing Chart” allows for six (6) Prior Record Levels, those being PRL I, II, III, IV, V, and VI.

How Can I Clear My Record?

If you face criminal allegations for Breaking or Entering in North Carolina, it’s a good idea to seek experienced legal advice.

"We don’t recommend you try explaining thing to police or offering an apology. Our job includes investigating the criminal accusations, making certain the State has a solid case for prosecution."

Legal consultations for felony criminal charges at our law firm are free of charge. That is not the case for all legal matters and/or all types of legal representation.

Consultation fees may apply in Family Law cases, including those involving separation, divorce, equitable distribution, and allegations of Domestic Violence.