Fayetteville is a great place to live and raise a family, but sometimes life throws us a curveball.  Maybe you and your spouse have decided to go your separate ways. 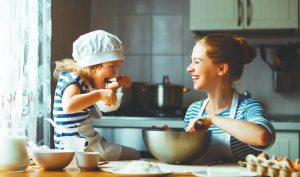 Even in the most amicable of circumstances, we think it’s important to hire a divorce lawyer in Fayetteville as soon as possible.

Prior to moving forward, you should know how the NC divorce laws work and fully understand your legal rights and options.

END_OF_DOCUMENT_TOKEN_TO_BE_REPLACED

If you are a victim of domestic violence, one of the most important things you can do is seek protection. This may come in the 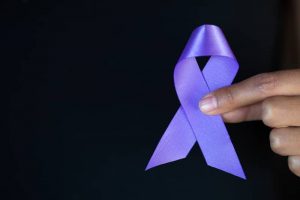 In this blog post, we will discuss what DVPOs are and how they can protect victims of domestic violence.  We will also provide information on how to obtain a DVPO in Fayetteville, North Carolina.

END_OF_DOCUMENT_TOKEN_TO_BE_REPLACED

The North Carolina Court of Appeals in Alexander v Alexander ruled on March 16, 2021 the NC Grandparent visitation law violated a mother’s constitutional rights. In the published decision by Judge Dillon, the Court analyzes issues including:

END_OF_DOCUMENT_TOKEN_TO_BE_REPLACED 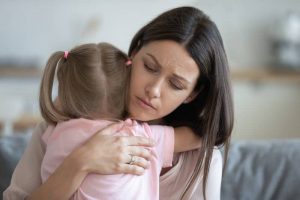 END_OF_DOCUMENT_TOKEN_TO_BE_REPLACED

Getting a divorce in North Carolina can be a long and complicated process. First, parties must be legally separated for one year prior to filing for divorce. Once eligible to file for divorce, the process of finalizing everything (alimony, property division, child custody) can take substantially longer.

Before embarking on this emotionally draining and life altering path, there are a number of important things to know:

1. Make sure you are emotionally ready for what is about to happen. Couples divorce for a variety of reasons. Sometimes, deciding to walk from your marriage is the best decision you can make for yourself. But this is a decision which will have monumental consequences. When children are involved, the process of deciding custody and learning to co-parent can often be incredibly difficult. Before taking the first steps to divorce, make sure you are certain you want your marriage to end.

END_OF_DOCUMENT_TOKEN_TO_BE_REPLACED

The decision on which State to file for custody is determined by the Uniform Child Custody Jurisdiction Act (UCCJEA). Whether North Carolina is the appropriate state to file for custody may depend on whether the Court is making a decision for the first time (initial custody decision) or whether a party is seeking to modify a decision which was already made (modification). This article is intended to provide a basic introduction to the UCCJEA. If you are considering filing for child custody or you have been served with papers from the other parent, contact Cristina Quantock today.

If child custody has never been decided by a Court, then where an action should be filed is going to depend on the child’s home state. North Carolina law allows a court to make a custody decision if this is the state where a child has lived with a parent (or person who is serving the role of a parent) for six months prior to the filing. If there is no home state or another state has declined jurisdiction, then a custody action may still be filed in North Carolina under appropriate circumstances.

END_OF_DOCUMENT_TOKEN_TO_BE_REPLACED

As to the first step of equitable distribution, the court must classify all property. North Carolina General Statute § 50-20 defines three types of property—martial property, separate property and divisible property. Below are the definitions of each per N.C.G.S. § 50-20.

END_OF_DOCUMENT_TOKEN_TO_BE_REPLACED

Child custody is often a contentiously debated issue. When both parties live in the same town, determining where to file the custody complaint is easy. As time passes, parents often move to different towns or even different states. Deciding where to file custody then becomes a bit more complicated.