Assault on a Government Officer in Fayetteville NC

What is Assault on a Government Official?

Assault on a government officer occurs when a person:

While the statute does not specifically define "assault," common law creates a clear understanding of assault in North Carolina.

According to State v. Roberts, 270 N.C. 655, 658 (1967), assault is any overt act or attempt or the unequivocal appearance of attempt, with force or violence, to immediately physically injure another person, with the show of force or menace of violence being sufficient to put a reasonable person in fear of immediate physical injury.

In other words, assault is any action that shows force or violence and causes a reasonable person to fear for he/she will suffer immediate physical injury.

North Carolina also recognizes battery as a form of assault. According to State v. West, 146 N.C. App. 741, 744 (2001), battery includes the application of force, no matter how slight, directly or indirectly, to another.

The most common example of a battery is one person striking or punching another person. Since this form of assault includes actual touching, fear from the receiving party is not necessary.

What is the Difference Between Simple Assault and Assault on a Government Official?

What is the Punishment for Assault on a Government Officer?

Assault on a government officer in Fayetteville NC is a serious criminal charge. Judges, Prosecutors, and Defense Lawyers in Cumberland County carefully consider the facts and allegations.

It's a class A1 misdemeanor under North Carolina General Statute 14-33(c). The maximum under the law is 150 days incarceration and a discretionary fine not limited by statute.

The judge in District Court is given substantial discretion in sentencing as set forth in the NC Misdemeanor Sentencing Chart.

What Should I Do if I am Accused of Assault?

If you've been arrested for any type of assault, we think it's imperative to begin your defense immediately.

Make no statement(s) that could be construed as an admission of guilt or provide evidence against yourself.

The pursuit of a legal strategy is critical to your defense.

In North Carolina, if convicted of Assault on a Government Official, you could lose certain rights.

You could lose your firearm rights, including revocation of a permit to conceal carry and purchase permits.

Do I Need a Lawyer?

If you've been charged with Assault on a Government Official in Cumberland County, it's important to consult with an experienced criminal defense lawyer who practices in District and Superior Court.

What Happens if They Didn't Read Me My Rights?

When someone has been arrested, law enforcement must "Mirandize" the suspect. That means they give you your Miranda Rights.

That means they must tell you of your right to remain silent and to have an attorney present before answering any questions. If law enforcement does not follow proper procedures, then evidence gathered may be ruled inadmissible at trial.

Defense of Assault Charges What is Reasonable Doubt? 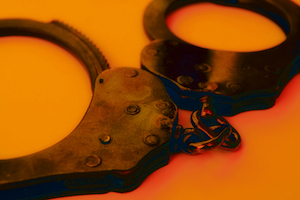 Reasonable doubt is a very high standard of proof. It's the highest standard in our legal system.

Under North Carolina law, Reasonable Doubt is proof that entirely convinces or fully satisfies the Finder of Fact. In Superior Court, that ordinarily is a jury of your peers.

You have a right to a Jury Trial for criminal charges in North Carolina.

What Will Happen if I'm Accused of Assault on a Government Official?

Your Fayetteville criminal defense lawyer will do an investigation. That includes talking to witnesses, researching relevant law, and gathering evidence. Your attorney may collect photographs, medical records, legal documents, police reports, and other relevant material.

Our defense lawyers also maintain an open line of communication with you throughout your case.

If you have been arrested or charged with assault on a government officer, you should speak with an experienced criminal defense attorney. Contact David Courie today for a free consultation* at 910-323-4600.

At the Beaver Courie Law Firm, we work diligently to ensure that your rights are represented and defended. We serve Cumberland County, Hoke County and Moore County. Contact us today to learn more about how we can help you throughout the criminal justice process.

We help people with a wide range of different types of criminal charges in Cumberland, Hoke County and Moore County, including things like: