Assault on a Female

Assault on a Female in Fayetteville NC 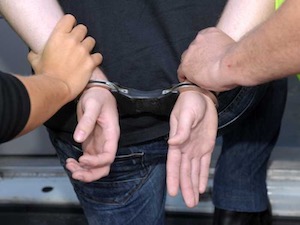 If you have been charged with assault on a female in Fayetteville, NC, it is important to understand the charges against you and what you can expect during the criminal justice process.

Our firm page provides an overview of assault on a female allegations in North Carolina, as well as information on possible defenses and the potential penalties you could face if convicted.

Do I Need a Lawyer for an Assault Charge?

Yes, you should have an attorney represent you if you are charged with assault on a female. The penalties for conviction of this crime can be severe, and the consequences could impact your life for years to come.

An experienced criminal defense lawyer will be able to advise you of your rights and work to protect your best interests throughout the criminal justice process.

Please contact our office to schedule a consultation today. We would be happy to discuss your case with you and answer any questions you may have.

What is Assault on a Female?

Assault on a female occurs when (1) a male (2) at least 18 years of age (3) commits an assault (4) on a female. While the statute does not specifically define "assault," common law creates a clear understanding of assault in North Carolina.

According to State v. Roberts, 270 N.C. 655, 658 (1967), assault is any overt act or attempt or the unequivocal appearance of attempt, with force or violence, to immediately physically injure another person, with the show of force or menace of violence being sufficient to put a reasonable person in fear of immediate physical injury.

In other words, assault is an action that shows force or violence and causes a reasonable person to fear for he/she will suffer immediate physical injury.

North Carolina also recognizes battery as a form of assault. According to State v. West, 146 N.C. App. 741, 744 (2001), a "battery" includes the application of force, no matter how slight, directly or indirectly, to another.

A common example of a battery is one person hitting or punching another person. Since this form of assault includes actual touching, fear from the receiving party is not necessary.

The difference between simple assault and assault on a female is the gender requirement for each person and the age of the alleged male defendant.

What's the Difference Between Assault and Assault on a Female in North Carolina?

It is important to note that simple assault and assault on a female are two separate crimes, so the gender requirement for Assault on a Female is what criminal defense lawyers may refer to as an essential element of the offense.

That's true also for the age requirement in that the person accused of assault on a female must be at least 18 years old.

As such, in order to be convicted of Assault on a Female (AOF) in North Carolina, the prosecutor (the ADA - Assistant District Attorney) must present evidence of an assault and must further show the accused is a male who is 18 years old or older and the alleged victim is female.

What are the Consequences of Domestic Violence Charges?

Assault on a female is a class A1 misdemeanor under North Carolina General Statute 14-33(c)(2). The maximum punishment is 150 days incarceration (five months).

Judges are given wide discretion in sentencing in North Carolina. Incarceration (jail / prison) is possible, especially for aggravated offenses.

Even with no prior record, a jail sentence is possible for misdemeanor charges if you plead guilty or are found guilty after a trial. A conviction may include supervised probation, court costs, community service, and a discretionary fine.

Other types of assault charges in North Carolina that are classified as an A1 misdemeanor include criminal cases like:

In any assault case, the defendant's actions may be justified by self-defense or defense of others.

Self-Defense occurs when a person uses force to defend himself or herself from another person who has threatened them with imminent physical harm.

A common example is if someone approached you in an aggressive manner and threatened to hit you, you would be justified in using force to protect yourself.

Defense of Others is similar to self-defense, but it applies when the person defending themselves is not present at the scene. For example, if you see someone being attacked on the street and run over to help them, you may use force to defend that person even though you are not the person being attacked.

If your actions were justified by self-defense or defense of others, there may be a valid defense to an assault charge.

A defendant in an assault case may also claim they did not intend to harm another person and that they never had any intention of committing a crime at all. Intentional crimes require that the perpetrator actually intended to commit the criminal act.

In other words, if you accidentally hit someone or were not aware of your actions at the time of an incident, it is possible to assert a lack of intent as a valid defense.

How Can Our Lawyers Help You With Your Case?

The seasoned criminal defense lawyers at the Beaver Courie Law Firm can help walk you through the process of defending yourself from prosecution on Assault on a Female charges in Fayetteville NC.

If you have any questions about how we can help with your assault charges, sexual assault, weapons charges, or any other criminal offense in Fayetteville, Fort Bragg, Hope Mills, Raeford, and Cumberland County, call now to schedule an appointment for a free consultation* with our office, contact us today. 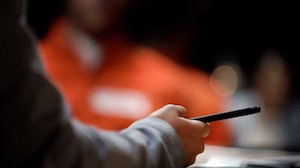 In Cumberland County, the District Attorney's Office prosecutes domestic violence cases. The DA's Office in Fayetteville NC has attorneys and staff who are specially trained in the prosecution of these sensitive matters.

The prosecutors work closely with law enforcement, victim advocates, and other agencies to ensure that the alleged victim is guided through the process.

Assault charges are serious criminal offenses. Domestic violence is often thought of as an assault committed between family or household members.

Types of Assault in North Carolina

There are several different types of assault charges as defined under North Carolina law. They may include things like:

If you are charged with Assault on a Female in Cumberland County, it is important to have an experienced criminal defense attorney who can help you navigate the legal system and protect your rights.

We believe establishing an attorney client relationship without delay is imperative when it comes to legal representation. False accusations are not uncommon in the area of domestic violence.

If police are asking questions, we think it's important to remain silent, listen carefully to your Miranda Rights, and ask to speak with an attorney.

Politely refuse to answer questions by the police. Do not attempt to discuss the matter with the alleged victim.