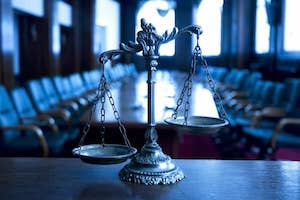 In North Carolina, there is a specific felony assault charge that applies when someone commits an assault by strangulation.

This crime is taken very seriously by prosecutors and can carry harsh penalties if convicted.

If you have been charged with felony assault by strangulation in NC, it is important to understand the law and what you can do to defend yourself.

We will discuss the definition of felony assault by strangulation, the potential penalties you could face, and some defenses that may be available to you.

What is Felony Assault by Strangulation?

Strangulation charges may involve accusations of pressure on the throat. That may affect breathing or the circulation of the blood to the brain.

Criminal defense lawyers review the fact patterns of such charges, as any stop in the supply of blood by applying pressure, the throat, the neck or by blocking the nose or mouth, thus affecting breathing, may result in being charged with assault by strangulation and other domestic violence charges.

If that results in difficulty breathing, whether or not that ends in long-term permanent bodily injury or disability, an indictment for felony charges may be in order.

The criminal laws in the general statute do not specifically define what is physical injury. case law Evidence of cuts, bruises, and scrapes as forms of physical injury may serve as sufficient evidence for a conviction. . The statute also does not define "strangulation."

What are the Penalties for Strangulation? 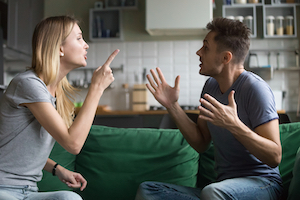 Assault by strangulation is a class H felony under North Carolina General Statute 14-32.4(b). The maximum punishment is 39 months in prison and takes into consideration the prior record of the person accused of criminal wrongdoing.

While felony assault by strangulation is generally classified as a Class H felony, there are situations that may cause it to be indicted for substantially more serious felony charges in North Carolina.

Depending on the fact pattern of the case (what happened), if the victim suffers a serious injury, the charge may be upgraded to charges relating to those serious injuries and/or the intent to kill.

If the victim dies as a result of strangulation, the charge could be upgraded to manslaughter or murder, again depending on the facts and circumstances of the allegations.

Strangulation is the obstruction of blood circulation or respiration by compressing or obstructing the windpipe. It is an act that may lead to death.

The compression may be manual, ligature, or mechanical.

The strangler may use hands, a belt, rope, scarf, or any object which will produce compression on the throat and face.

The act may be committed by a person who is alone or in the company of others. The strangler may have the intent to kill, maim, injure, rob the victim of property or do so under circumstances that create a strong probability of injury to life and health.

Circumstances Under Which Strangulation May Occur

Assault by strangulation may occur in many different circumstances, including: 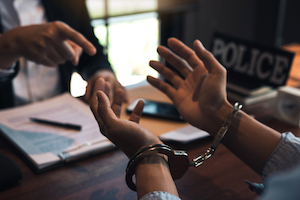 If you are charged with felony assault by strangulation in North Carolina, there are several defenses that may be available to you.

Some common defenses include:

Contact an experienced criminal defense attorney in North Carolina if you are charged with felony assault by strangulation. Jail time is a possibility with such charges, especially if an injury occurred or the alleged strangulation caused someone to lose consciousness.

They will be able to advise you of your rights and help build a defense on your behalf. The State carries the burden of proof to prove strangulation or other physical injury.

What is the Difference Between Assault and Strangulation in North Carolina

There are different types of assault in North Carolina.

Sometimes people use the terms assault and battery interchangeably. There are technical differences between a simple assault and a battery.

Criminal assault in NC is an unlawful act that attempts to or does inflict physical injury on another.

There are different types of criminal assault, including simple assault, felony assault by strangulation, Assault with a Deadly Weapon (AWDW), and more.

Battery in North Carolina is the unlawful touching or striking of another person without their consent. Physical injury is not an essential element of the offense but may be used by the State to prove the crime.

Assault with a Deadly Weapon (AWDW) is when you assault someone with a deadly weapon. A deadly weapon can be any object that is likely to kill or inflict the intentional use of force against another person which causes them serious bodily injury.

Strangulation is defined as intentionally impeding normal breathing or circulation by applying pressure to the throat or neck. If a weapon is used or there is evidence of physical injury or serious bodily injury, that obviously makes the criminal allegations all the more problematic. 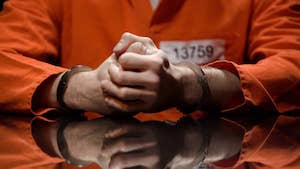 In domestic violence cases, strangulation is a particularly serious charge.

DV charges may include additional allegations or "counts" of:

Some prosecutors add the charge of felony assault by strangulation in offenses that already allege related misdemeanor charges in North Carolina.

For example, an Assault on a Female charge that involves incidental contact with the neck or throat area of the alleged victim, especially when there are indications of physical injury or trauma, may be viewed as a felony assault by strangulation in NC.

Again, a lot depends on the fact and circumstances of the offense. Inflicting physical injury to the alleged victim, aggravated assault, and/or any type of sexual violence, enhances potential punishments.

If you are being charged with felony assault by strangulation in a domestic violence case, it is important to have a lawyer assist you with the criminal process.

Additionally, protective orders are filed in many domestic violence cases that arise from felony strangulation charges. In North Carolina, those may be referred to as a Domestic

A knowledgeable attorney will be able to help you navigate through these issues and challenge any false allegations of abuse or assault.

If you stand accused, we strongly recommend you immediately establish a formal attorney client relationship and begin work on preparing a defense.

The strangulation statute in North Carolina can be somewhat difficult to understand, especially if you have no formal legal training. Our law firm offers a free consultation* for criminal charges.

What you tell us in consultation is confidential.