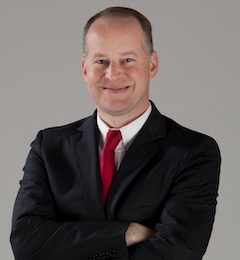 Mark Hearp became associated with the Beaver Courie Law Firm on November 10, 2003. In 2008, Mark became a partner with the firm. In his almost twenty years of experience, Mr. Hearp’s practice covers all stages and levels of criminal representation including traffic matters, speeding tickets, misdemeanor offenses, felony charges, driving while impaired offenses, petitions to be removed from the Sex Offender Registry, expungements and federal charges. This includes both district court and superior court matters throughout the State.

Prior to joining the firm, when Mr. Hearp graduated Law School in 2001 he was hired by District Attorney Ed Grannis to serve as an Assistant District Attorney in Cumberland County, North Carolina. While at that position, Mr. Hearp tried hundreds of driving while impaired offenses and other traffic offenses. He was also responsible for the prosecution of hundreds of major felony cases. These felonies included all levels of drug cases, child sexual assaults, armed robberies, breaking and entering, larcenies, rapes, habitual offenses and embezzlement cases. During his time as an Assistant District Attorney, Mr. Hearp honed his skills at being a trial attorney while representing the State of North Carolina at both the District Court and Superior Court levels for the over two years working in that position. During the past 20 years, Mr. Hearp continues to enjoy the same level of love and compassion for trying cases and helping his clients deal with their legal issues.

Mark earned his Bachelors of Arts from the University of North Carolina at Chapel Hill with a Major in Economics in 1998. Mark earned his Juris Doctor from Campbell University Norman Adrian Wiggins School of Law in 2001, and was admitted to the North Carolina State Bar the same year. While at Campbell Law School, he was an elected official representing the student body in the Student Bar Association, a member of Phi Alpha Delta legal fraternity, and received several top academic honors. While at Campbell Law School, Mr. Hearp focused on trial advocacy courses in order to learn the skills needed to effectively practice law in the courts of the State of North Carolina.

Honors and Awards
Civic Involvement
Contact Us
Practice Areas
Client Reviews
★★★★★
ReliabilityMr David Courie & team said what they was gone to do and got it done! If your looking for an outstanding lawyer, well look no further. I had a traffic ticket that had hindered/Crippled me but his team cleared me. Theirs just not enough words that I can express. But I thank God he lead me to Beaver Courie Law Firm. Michael
★★★★★
ThankfulAppreciative for the help given to our family during a time of uncertainty. He was able to relieve anxiety and unnecessary fear. Grateful for their expertise. Cynthia
★★★★★
Attorney You can TrustDavid is trustworthy and very knowledgeable. He goes above and beyond what is expected and he is very professional in his approach to helping his clients. He made us feel like we were family and he was truly looking out for our best interest. I highly recommend him as an attorney. Mark
View More
Submit a Law Firm Client Review