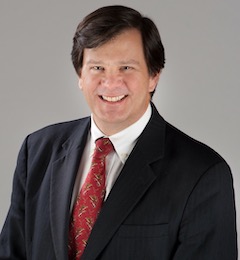 Hal W. Broadfoot Jr. has worked with the firm since the summer of 2000, after his first year at Campbell University Norman Adrian Wiggins School of Law. During his second and third years at law school, he did occasional research projects for us during the school year; he also clerked here in the summer after his second year. In 2002, after graduating from Campbell, Hal joined the firm as an associate and was admitted to the North Carolina Bar.

Hal has a varied practice, concentrating in civil cases. He has represented clients with problems as diverse as international child abduction, copyright infringement, and ephedra poisoning. He drafts wills and undertakes estate administration. He takes on business cases for plaintiffs and defendants. He has appeared in State and federal appellate courts, including oral argument before the Fourth Circuit United States Court of Appeals. Mostly, however, Hal’s interest is in and his practice is devoted to helping injured people recover damages from those who hurt them. He dedicates much of his time to automobile liability cases and other cases involving serious injury.

Prior to becoming a lawyer, Hal worked in the printing industry and as a fine and graphic artist. You’ve probably seen his work around Fayetteville—paintings or prints of his pen & ink drawings or business logos. He still draws and paints when he can, but photography is taking up more and more of his time outside of work. He is active in his church, both in his local parish, St. John’s Episcopal Church, where he has served in many leadership roles, and in the Episcopal Diocese of East Carolina. He is a long-time Kiwanian and has served as a board member of several civic and cultural organizations, like Fayetteville Symphony Orchestra, The Arts Council, and SALT (Sandhills Area Land Trust). He regularly speaks to local organizations about topics including birds, nature, and history. Hal also writes a long-running column in the Fayetteville Observer, “About Birds,” which combines his interests in writing, teaching, and of course, birding.

Hal is a native of Fayetteville. His father, grandfathers, and great-grandfather practiced law in Cumberland County before him. He matriculated at the University of North Carolina at Chapel Hill in the fall of 1980 and graduated in the spring of 1984 with a Bachelor of Science in Business Administration. After college, he owned and operated a retail art and office supply store.

Honors and Awards
Publications
Civic Involvement
Contact Us
Practice Areas
Client Reviews
★★★★★
ReliabilityMr David Courie & team said what they was gone to do and got it done! If your looking for an outstanding lawyer, well look no further. I had a traffic ticket that had hindered/Crippled me but his team cleared me. Theirs just not enough words that I can express. But I thank God he lead me to Beaver Courie Law Firm. Michael
★★★★★
ThankfulAppreciative for the help given to our family during a time of uncertainty. He was able to relieve anxiety and unnecessary fear. Grateful for their expertise. Cynthia
★★★★★
Attorney You can TrustDavid is trustworthy and very knowledgeable. He goes above and beyond what is expected and he is very professional in his approach to helping his clients. He made us feel like we were family and he was truly looking out for our best interest. I highly recommend him as an attorney. Mark
View More
Submit a Law Firm Client Review