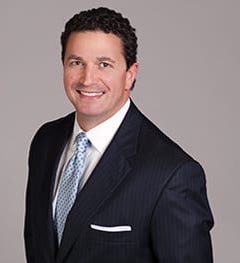 David Courie is one of Cumberland, Hoke County and Moore County's best known and relied upon trial lawyers. David is a Fayetteville native with deep roots in the region. He is the son of a well-known small businessman and a highly regarded and loved, 40 year veteran school teacher. David joined the firm in 1997 as an associate to founding partner Jerry Beaver, following his work in Washington D.C., as a Special Assistant to North Carolina's Senior Senator and his completion of law school at Campbell University. He became a partner in just three years, a first for the firm.

During his almost seventeen years of practice, David has been humbled with some of the practice's most noteworthy honors. David was named the 2018 Raleigh DUI/DWI Lawyer of the year by Best Lawyers and has been included in the The Best Lawyers in America© listing for DUI/DWI for 2017-2018. David is an “AV Preeminent” rated attorney by Martindale Hubbell Legal Directory, the nation's oldest and most established lawyer rating service. His AV rating, which is the “highest possible rating in both legal ability and ethical standards”, results from a thorough screening and anonymous voting process of judges and other rated attorneys. In one of the anonymous reviews, an unnamed judge said of David: “[He] is an excellent criminal defense attorney. He has skill, ability and knowledge. He also knows how and when to push an issue and when to let it go. He represents his clients in an aggressive and zealous manner without being overbearing. He is always very professional and is a true gentleman.” His firm has also received the prestigious U.S. News and World Report Magazine “Best Law Firm, Tier 1” designation since 2010. David has a perfect “10.0” rating with Avvo.com and has been designated by Avvo as a “Client's Choice” and a “Superb, Top Attorney” in criminal defense. David was also been listed by The National Trial Lawyers as one of North Carolina's “Top 100 Trial Lawyers” 2014-2016. He has also been honored with local awards such as The Fayetteville Observer Reader's Choice Award for Best Lawyer, Best Around Fayetteville by Up and Coming Magazine's Best DWI lawyer, Best Criminal Defense Lawyer, and Greatest Around's Best Criminal Lawyer award.

David's trial practice is diverse, with its core being criminal defense, traffic and dwi defense. It is not uncommon for David to handle some of the area's most notorious and widely reported serious criminal cases, such as his work with partner Jerry Beaver on the notorious “Little Rascals” case, which resulted in the dismissal of Robert Kelly's more than 100 separate child sexual abuse charges. Many involve noteworthy local business people and politicians as well as regional and national personalities with matters pending in Cumberland, Hoke County or Moore County, such as David's representation of national recording star “Jadakiss” on drug and gun charges in Cumberland County which were completely dismissed. David is known for getting results in all manner of serious drug, theft, property, financial and sex-related cases, he normally is fighting for the hardworking residents of Fayetteville, Raeford, Pinehurst, Fort Bragg, Hope Mills and Spring Lake. Although his felony criminal practice is what is more widely reported in the news, it developed out of his highly respected traffic and misdemeanor practice. David and his team have one of the region's largest and most respected district court practices where they help hundreds of clients every month in all manner of traffic, DWI and misdemeanor criminal charges as well as domestic violence and related bond reductions and probation violations.

David has also developed a local and statewide reputation for his work in Alcohol Law Enforcement (ALE) and Alcohol Beverage Control (ABC) law. David regularly is hired to represent soon-to-open restaurants, convenience stores, both locally owned, franchised and corporate sites, to obtain their alcohol permits. David also represents businesses and their employees every month in the criminal charges arising out of violations of the ABC laws as well as in the resulting civil permit violations issued by the North Carolina ABC Commission in Raleigh.

As a Fayetteville native and respected trial attorney, David has also developed a substantial practice in civil litigation, working along with his partner Hal Broadfoot in all manner of personal injury, medical malpractice, premises liability, federal tort claims and complex civil and business litigation. This area of practice has grown out of David's reputation as a trial lawyer, known to take a case to trial if not satisfied with the proposed settlement.

David lives in Fayetteville with his wife Michelle and their two children. When not in the courtroom or the office, David enjoys spending time with his family, fishing, hunting, travelling, playing golf, volunteering locally and working in political campaigns. 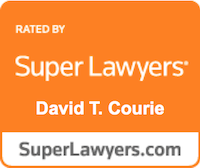 Client Reviews
★★★★★
ReliabilityMr David Courie & team said what they was gone to do and got it done! If your looking for an outstanding lawyer, well look no further. I had a traffic ticket that had hindered/Crippled me but his team cleared me. Theirs just not enough words that I can express. But I thank God he lead me to Beaver Courie Law Firm. Michael
★★★★★
ThankfulAppreciative for the help given to our family during a time of uncertainty. He was able to relieve anxiety and unnecessary fear. Grateful for their expertise. Cynthia
★★★★★
Attorney You can TrustDavid is trustworthy and very knowledgeable. He goes above and beyond what is expected and he is very professional in his approach to helping his clients. He made us feel like we were family and he was truly looking out for our best interest. I highly recommend him as an attorney. Mark
View More
Submit a Law Firm Client Review