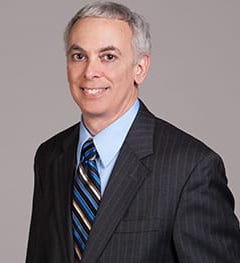 Mark A. Sternlicht is a partner at Beaver Courie Sternlicht Hearp & Broadfoot, P.A, where he has practiced since returning to Fayetteville in 1985. He began his career in 1978, with UNC Student Legal Services. During his last year in Chapel Hill, he divided his time between Student Legal Services and a Chapel Hill law firm. He then joined a litigation firm in Philadelphia, Pennsylvania, for three years, becoming a member of the Pennsylvania Bar. He returned to Fayetteville, where he grew up, and has been with Beaver Courie since then. He has been a partner in the firm since 1987.

Mark’s practice emphasizes personal injury and medical negligence claims, particularly representing people with catastrophic injuries. He has represented clients in state and federal courts at every stage of the litigation process, from pre-suit settlement negotiations to mediations, arbitrations, trials, and appeals. Mark especially enjoys the medical aspects of cases and likes learning about the medical issues that are involved in almost all of his cases. He has obtained recoveries of $1,000,000.00 and more in cases involving medical negligence, wrongful death, and catastrophic injuries. He’s brought claims against large corporations that own hospitals, trucking companies, and retail stores; insurance companies; and the United States of America for the wrongful conduct of government employees. Although not every case results in a large recovery, every client receives Mark’s commitment to seeking the best outcome possible. This commitment may be best shown by a case that involved three trial court hearings, three appeals by the defense, and five briefs in appellate courts before the case was finally resolved.

Mark’s fellow lawyers have selected him to be included in The Best Lawyers in America personal injury section since 2003. Readers of Up & Coming Weekly voted Mark as the “Best Personal Injury Attorney” in Fayetteville for five consecutive years.

Mark graduated from the University of North Carolina School of Law, where he was a member of the North Carolina Law Review, in 1978. He is a Double Tar Heel, having earned a UNC undergraduate degree with honors in 1975, with academic achievements that resulted in him selected for membership in the Phi Beta Kappa academic honor society. He remains a loyal Carolina fan and especially enjoys basketball and football games.

To serve his community, Mark has volunteered as a judge and juror for the North Carolina Mock Trial program, which teaches trial skills to high school students to increase their civic understanding, self-confidence, analytical reasoning, and communication skills. He has also been an active member of Methodist University’s David McCune International Art Gallery Advisory Board, the Fayetteville Museum of Art board of directors, Friends of the Parks, the American Red Cross board of directors, and the ACLU of North Carolina board of directors.

Outside of his legal practice, Mark’s interests include martial arts, art, and the dogs he and his wife Robbie train, show, and breed. He has a first degree black belt in tae kwon do; a fourth degree black belt in aikido, which he teaches; and is currently studying tai chi. He and Robbie enjoy visiting art galleries and museums when they travel. They also spend a lot of time with their dogs, Russian Tsvetnaya Bolonkas, which include the first Bolonka in the country to earn an AKC championship, the first foreign-born Bolonka to earn an AKC championship, and the highest scoring Bolonka in the AKC, with four AKC championships and multiple Best in Show wins. Their dogs have also earned rally titles, tricks titles, and canine good citizenship titles. Mark sees competing with the dogs as another way of appearing before a judge, but with a dog instead of a briefcase. 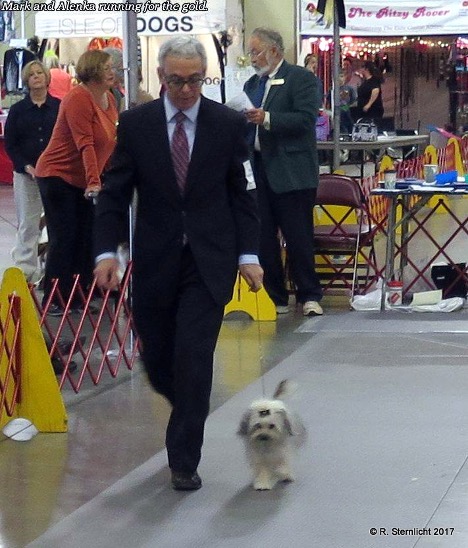 Appellatte Cases
Honors and Awards
Contact Us
Practice Areas
Client Reviews
★★★★★
ReliabilityMr David Courie & team said what they was gone to do and got it done! If your looking for an outstanding lawyer, well look no further. I had a traffic ticket that had hindered/Crippled me but his team cleared me. Theirs just not enough words that I can express. But I thank God he lead me to Beaver Courie Law Firm. Michael
★★★★★
ThankfulAppreciative for the help given to our family during a time of uncertainty. He was able to relieve anxiety and unnecessary fear. Grateful for their expertise. Cynthia
★★★★★
Attorney You can TrustDavid is trustworthy and very knowledgeable. He goes above and beyond what is expected and he is very professional in his approach to helping his clients. He made us feel like we were family and he was truly looking out for our best interest. I highly recommend him as an attorney. Mark
View More
Submit a Law Firm Client Review